Art on the Wall

The Environment Agency worked on a Flood Alleviation Scheme through Carlisle along the River Caldew and River Eden to protect the local community against flooding following historic flooding and the devastating floods experienced in January 2005.

Whilst the overall aim of the scheme is to reduce future flood risk to the community the aim of the project was also to conserve the natural environment and habitat of the river.  As part of the scheme several artists were appointed to develop designs based on the unique character of the Rivers with different communities in Carlisle.

Artist Liam Curtin was appointed to develop an overall concept for the artwork as part of the flood walls, to reflect the character of the different areas the flood alleviation scheme passes through. The idea of stories developed to cover local and general Carlisle themes that people were interested in. The overall design is a series of brightly-coloured enamel plaques set into the new flood wall, each telling a different Carlisle story.

A range of artists were appointed to work with Liam and the local community to get a broad range of involvement and generate as much interest as possible.  Three of the artists come from Carlisle, with two from the surrounding area.

Liam Curtin (Manchester) his designs are the roof top details and towers visible from different parts of Carlisle.  A competition with the wider community had been developed to identify local landmarks and look at the details of architecture that formed part of the artwork.

Alison White (Carlisle) has illustrated the wildlife and nature special to the river corridor and some historic events involving animals e.g. horse racing on the Swifts. She worked with special interest groups such as the angling associations to select the content.

Paul Taylor (Carlisle) met with local residents to discuss the trade and industry in the area. This was the strongest request from early consultation, that the diverse industrial history of the area be recorded in the artwork. Paul Taylor is a director of West Walls Studios, a freelance illustrator and artist and lecturer at the University of Cumbria.

Pip Hall (Sedbergh) worked with poet Jacob Polley (Denton Holme) and local Brownies & Scouts in the area, to produce water-related poems. Jacob wrote 4 poems and the groups another 4 poems through workshops. Pip then designed the visual format relating to the words.  The Brownies requested a workshop during early consultation.

Eden Graphics (Penrith) focused on the organisations who were involved in the flood rescue/support for the community, to give a thought for them and their essential involvement, including: Fire Brigade (Blue Watch), Salvation Army, Great North Air Ambulance, Red Cross, Coast Guard, Radio Cumbria, Churches Together, Careline.

The range of stories and themes created a very interesting and immediate record of Carlisle at this particular time. It is hoped the artwork will bring a lasting record and provide a trail for people to follow along the river corridors to discover areas they may not have known about before.

The plaques were enamel on a steel backing. They were industrially produced from the artist’s designs.

A limited edition coin was developed as a commemoration of the flood alleviation scheme for the people who had been involved in the art project and the overall scheme.  We hope they will be treasured and passed down through the family.

Alan Dawson Associates were appointed to design and make new railings for gaps in the old flood wall to enable viewing of the river and make interesting features for the public using the route. The design also had to solve access issues for maintenance of the river corridor for the Environment Agency.

ADA is a specialist artist metalwork company who design and made work destined for flagship developments in London, Liverpool and Dubai as well as closer to home.

The main inspiration for the railings in Carlisle was the Cities Railway Heritage and in this instance more directly with the freight rail element, as this was prevalent in this area. Images of signal box levers, engine motive parts, tracks, signals, and crossing gates were selected and used to provide designs for stanchion uprights and some infill. 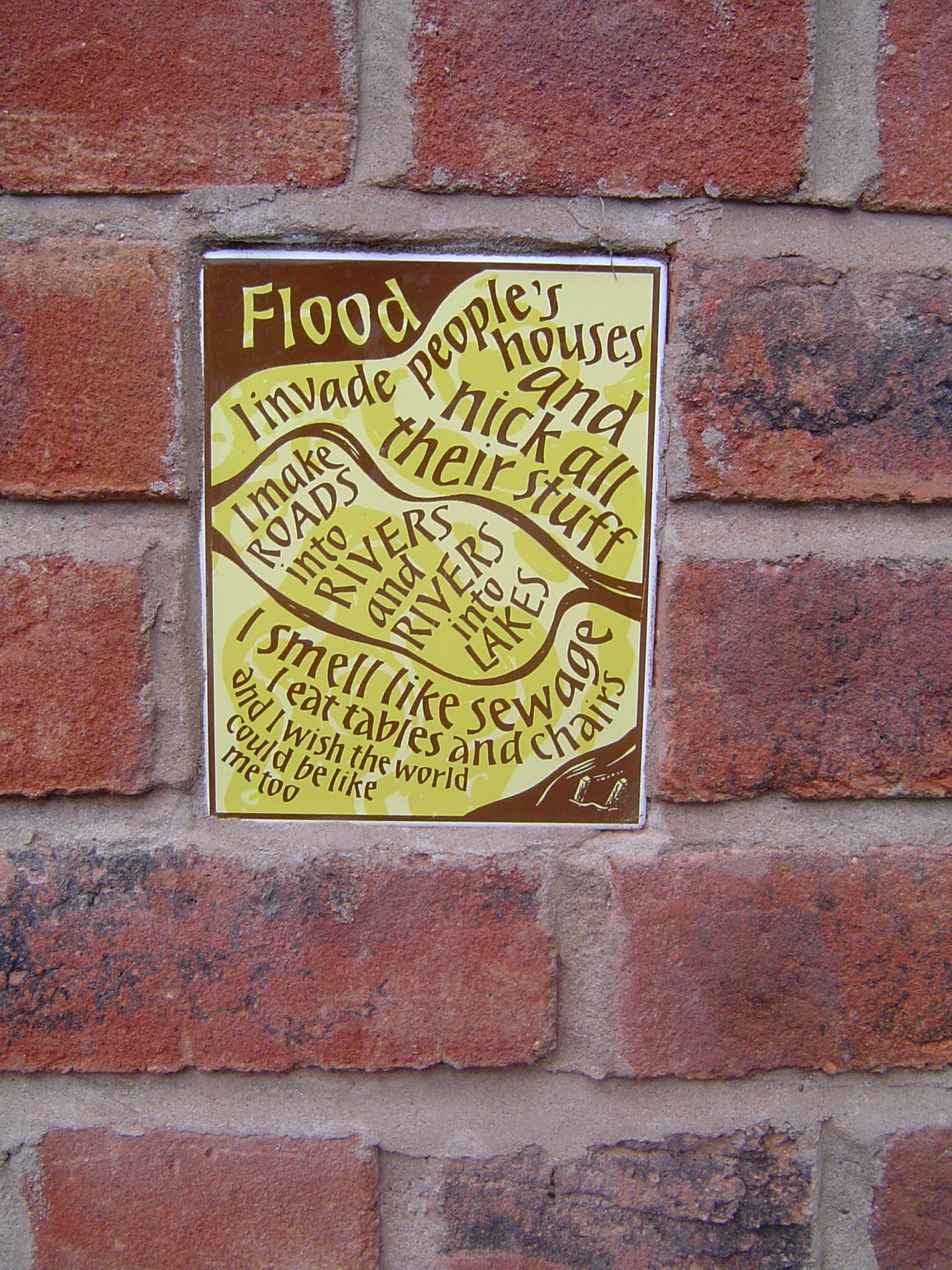 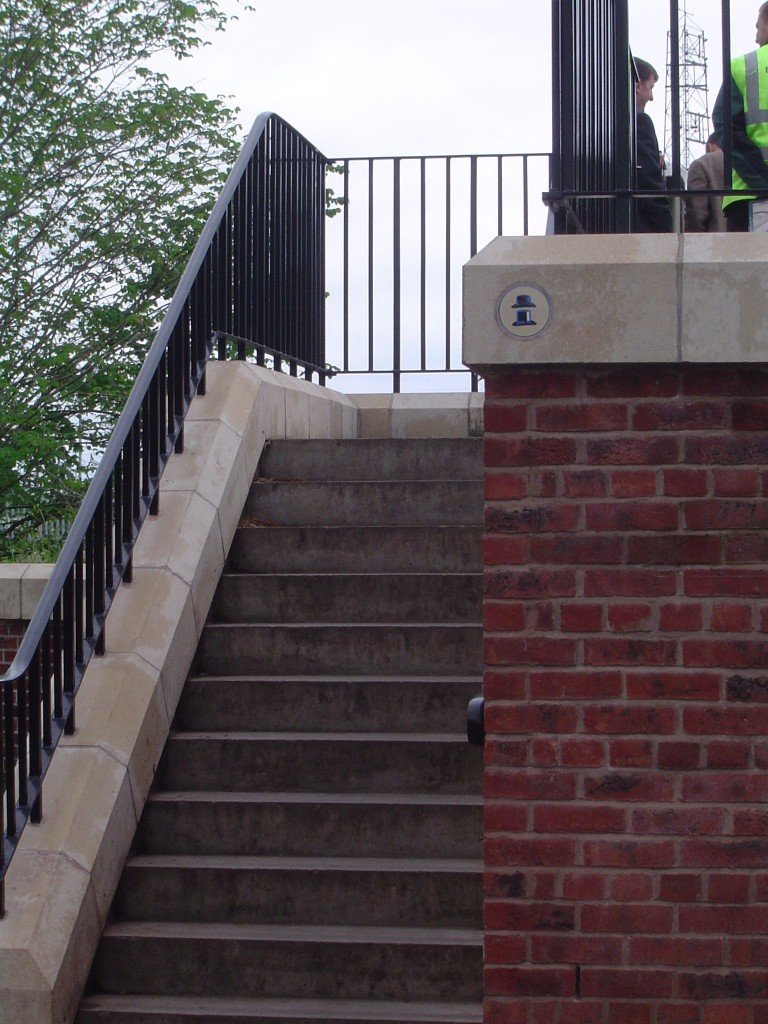 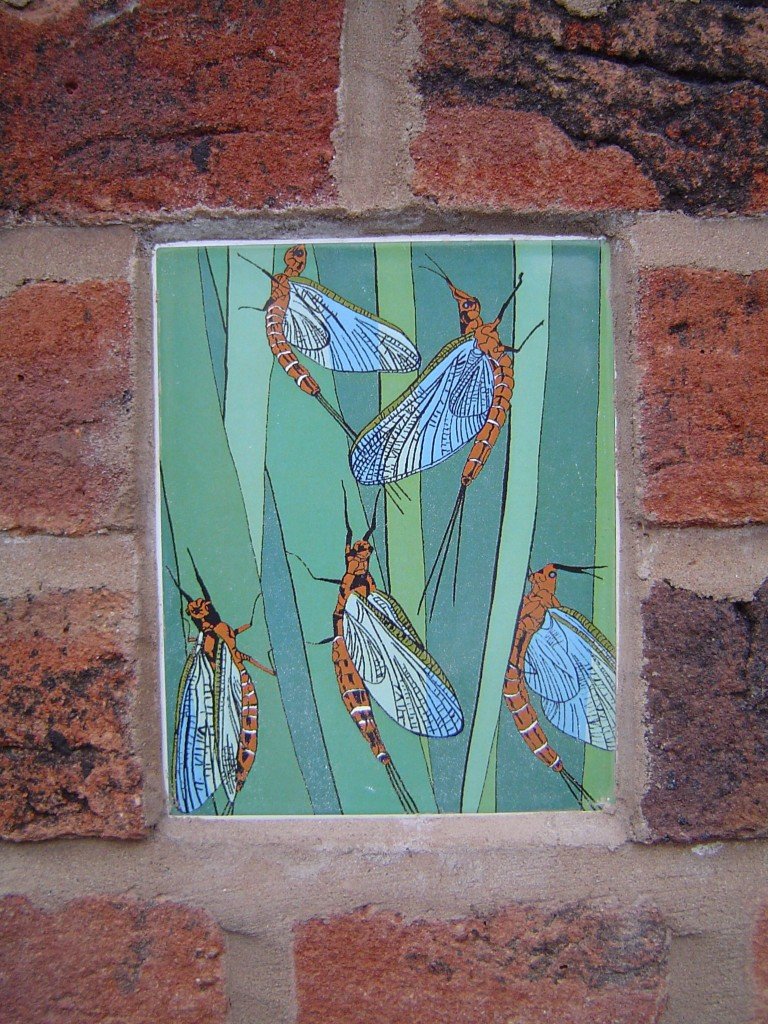